Hops are important ingredients in brewing beer. They give bitterness if included in the early brewing process and aroma during the end process of brewing. As success is evident in craft beers, hops got a starring role in beer culture.

Is hop in the beer really important? What kind of hop should a brewer put in his beer to make it taste good? If you’re a craft beer brewer, you would want to buy Citra hops.

Here are a brief summary of Citra hops to familiarize you to this hop.

One of the most popular hops that have made into the craft beer world is Citra. Hop breeders Gene Probasco and John I. Haas are the original breeders of Citra or 114 (at the time of discovery). Citra Hop came into the craft beer world in 1990. U.S. Tettnanger, Brewer’s Gold, Hallertau Mittelfruh, East Kent Goldings and a variety (name unknown) are included in the Citra lineage of American wild hop.

In 1992, hop farmer Jason Perrault chose a single plant to put into a test plot for four plants. There was an evaluation period of ‘several years’ before the plot was increased to 21 plants. This was in 2003. Three big breweries got the rights to the hop during the breeding program, which took 12 years but they let go of the hop. But, in 2007 it was offered to craft breweries by Hop Breeding Company and there have been interests over the hop. It got funding from the Widmer Brothers, Sierra Nevada, and Deschutes.

The hop was first used by the Widmer Brothers when they joined the 2008 World Beer Cup. They won a gold medal for the hop and they were able to sign a 5-year supply for the hop. Sierra Nevada, on the other hand, also experimented with the hop which at that time was known as HBC 394. They then put Torpedo out in the market which included the hop in the ingredients. After that, the hop was also included in their Imperial IPA, Hoptimum.

In 2008, HBC 394 was given a new name which is its present name, Citra. The variety became popular because of the interests shown by the Widmer Brothers and Sierra Nevada. Citra Hops, today is a popular variety. Aside from that, it’s included in Deschutes’ ‘freshly squeezed IPA. The hops have also made its way to many ‘single hop pale ales and IPAs’. It’s one of the popular hops right now.

Brewing this included heating water at 170°F or 77°C, steeping the grains and boiling the wort. Then the malt extract should be added and schedules for boiling the recipe must be followed. A fermentation process using a proper vessel must be included. Citra hop is high in acid and other brewers stated it has a strong bitterness.

Should You Buy Citra Hops?

You should if you want a flavorful beer. Citra has flavor profiles of lime, tropical fruits, and grapefruit. Its citrusy flavor is because of ‘very high mycrene content’. It has also been used and is still being used by craft breweries which is why you’ll know that it’s a flavor you’ll want to use. 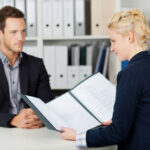 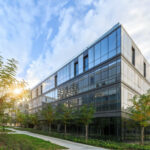 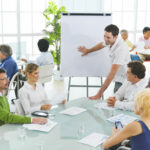 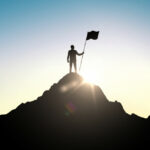 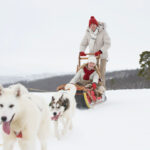