Some people choose to go to college to pursue their dream career, while others attend college in the hopes of landing a higher paying job. But before you decide what to major in, you need to understand that in terms of pay, financial success, and career options in the current job market, not all degrees are equal.

In 2017, Georgetown University’s Center on Education and the Workforce released its 2015 report called “The Economic Value of College Majors.” The study ranked 137 college majors in terms of annual earnings based from data from the U.S. Census Bureau. What the study found was that the top 10 highest-paying majors, except for one, were all part of the STEM field.  These findings coincide with a report from the Michigan State University’s Collegiate Employment Research Institute (CERI), which found that engineering and technology led to the highest-paying majors’ starting salaries.

College graduates are expected to earn an average annual salary of $61,000 late into their career. However, if you’re interested in earning more as a full-time member of the workforce, here are the majors you might want to consider.

Apart from Pharmaceutical Sciences, the most high-paying jobs fall under the engineering department. However, all of these include career paths under the STEM track. While these numbers are high, it’s important to note that tuition may not be affordable without taking student loans or earning a scholarship. While some universities offer the program for as low as $14,000, universities such as Stanford University offer tuition at $46,320.

The average starting salaries were taken from CERI, while the median annual salary was taken from various authoritative sources on statistics and average salaries.

These majors fall under the liberal arts and education field. However, that’s not to say that choosing to major in the arts or education would automatically mean an unsatisfying, low-paying career.

Earning High from a Low-Paying Major

Despite the statistics showing how little a major earns, it’s possible that the data did not take into account that, unlike engineering majors where their skills are specialized to one field, liberal arts majors can adapt to various jobs – and have been known to be hired for job positions you wouldn’t usually associate with the degree.

A 2018 study from PayScale Inc., a data firm specializing in jobs and salary data, found 14 jobs paying at least $60,000 a year where English majors, despite their main skills, were likely to be hired. It’s typical to find an English major doing work with editing, writing, and doing public relations work, but the study also found a growing trend of English majors within the technology field as well.

PayScale found that humanities majors were 4.3 times more likely to be hired as a corporate communications director, earning an average of $128,000 a year, compared to other average college graduates. Out of all humanities majors, however, it is the English majors who have the necessary skills to apply for the said position.

Other high-paying jobs traditionally linked to English majors include editorial and executive directors, editors-in-chief for print and online publications, and writers, which could range between $71,400 up to $92,000, which make up the higher percentage of highly-paid English majors.

However, given the flexibility of their degree, English majors are also making their way into the technological and digital industries. Digital marketing content writers, marketing managers, content managers, web producers, and technical writers and editors are making between $69,500 to $90,500 annually.

How to Choose the Right College Major

If you’re looking at this list and are dead-set on majoring in petroleum engineering for the sake of the money, you may want to think again. When you declare your major, you’ll have to complete all the necessary courses to earn your diploma. If you choose solely based on money and not on the skills you have or the interests you want to pursue after your education, you could do poorly in your job. And if you’re an artistic mind struggling in an engineering degree, you could be making less than an artist excelling in a liberal arts degree.

Given that most college degrees are expensive, you want to make the most money out of the major you choose. That doesn’t mean choosing the highest-paying major on the list. Talk to your guidance counselor to get a comprehensive discussion on what your skills and interests are so that you can find a possible major and good-paying career.

While it helps to look at the statistics and the average salary you could get from a degree, don’t make this your main factor in choosing your major. Use it as a reference and to set your expectation, but choose a major that best suits your skills, and you could be earning more than the median or average in your field. 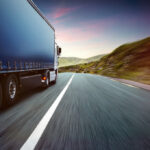 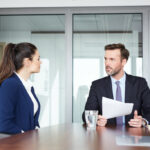